The Scientific Proof for Breatharianism? The Mystery of Human Energy Balance 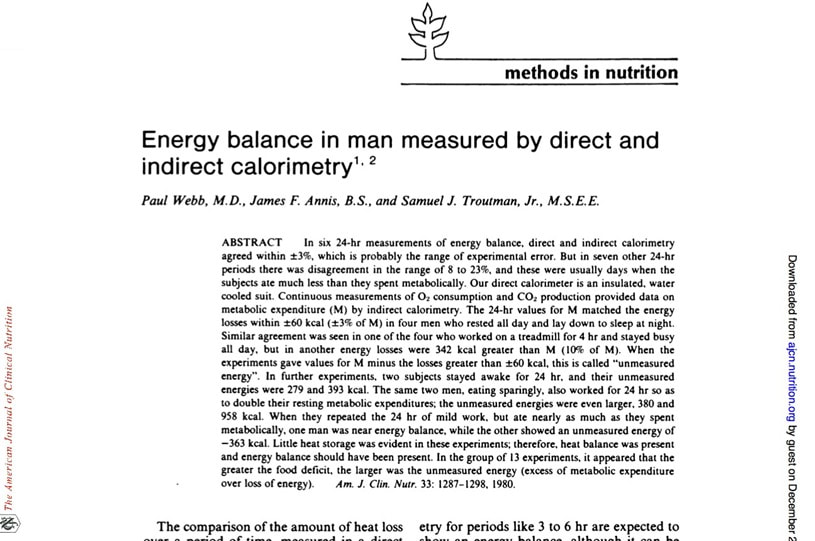 After years of research Dr. Paul Webb and his team published the groundbreaking results of their studies on the human energy balance in the renowned American Journal of Clinical Nutrition. Dr. Webb´s work not only exposes the flaws of the Calorie Theory, but implicates that the human body receives energy from an unknown source - "unmeasured energy" - energy from nothing...
​
And: "The greater the food deficit, the larger was the unmeasured energy".
​
IN THE BEGINNING THERE WAS LIGHT - IS IT POSSIBLE TO LIVE ON LIGHT ALONE?